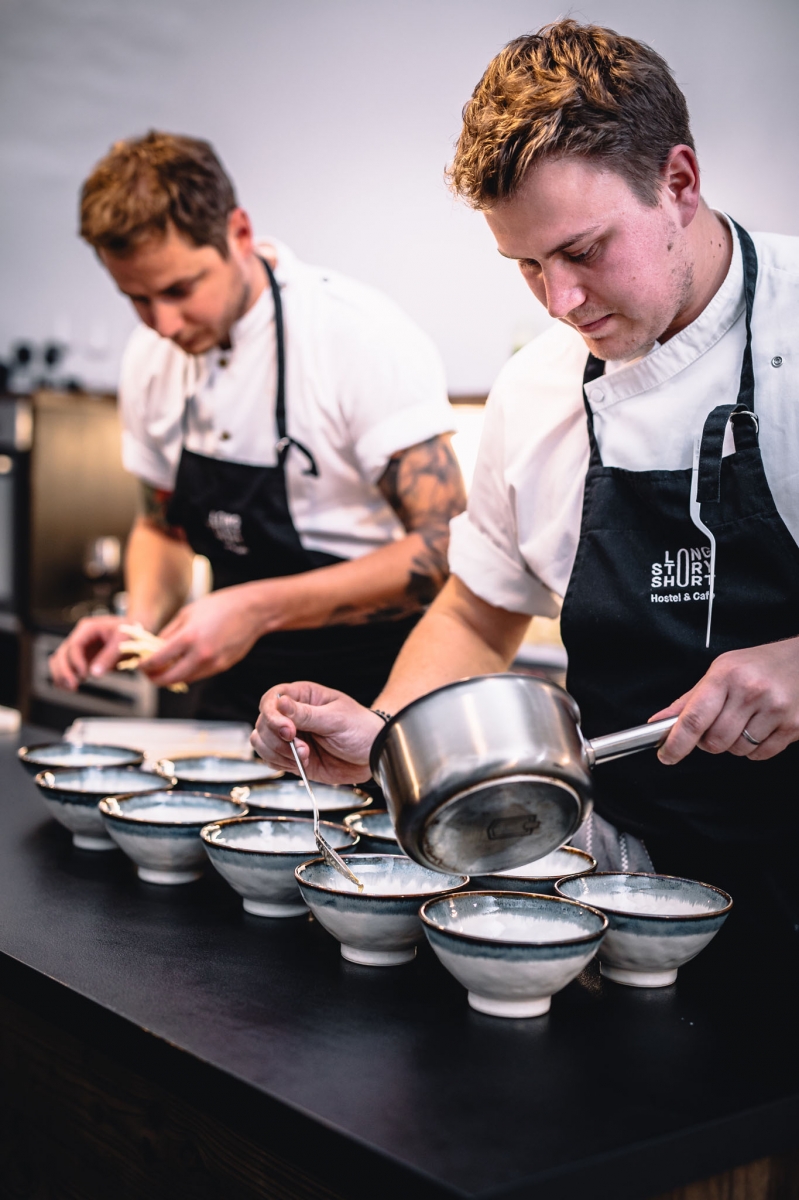 At Long Story Short we have a big dream to make our little hometown even nicer. This dream is now starting to grow into a whole new dimension.

The path of gastronomy that connects all corners of the World definitely doesn't end in our little Cooking Bar Café. We decided it's time to take it to another level and in the second half of 2019 we're planning to open Long Story Short Eatery & Bakery!

We are going to stick to our values and keep our focus on comfort, quality, local produce but mainly the experience. We will also visit the times when our fortress used to be a military bakery so you can look forward to crunchy crusts of proper sourdough breads and many more artisan baked goods.

Let's just say they've been around for a while now. You could have met this well-travelled duo behind the grill on our summer terrace where you could taste their exotic version of "world fusion" and you can rest assured that these boys will keep on fusing happily ever after just to keep the fun in the game. The fact that these two native Moravians are returning back to their birth-land after so many years is simply nothing more than fate.

Petr was born and raised in Olomouc and comes from a family where perhaps everyone was born with a passion for cooking. He was hanging around the kitchen from an early age, probably because that’s where he came across total freedom for the firs time.

This feeling of freedom is the very reason why he loves cooking so much. For Peter, cooking is a form of art and game, because he often does't know how his food will look in the end, but every time his ideas about combination of the ingredients is crystal clear and he experiments until a true symphony of taste is created.

"Girls said that punk is elsewhere", but this subculture, which is close to Peter, influences him greatly. Same as in punk, his kitchen is driven by the desire to constantly provoke, to remain himself, and not to get stuck in the still waters of Czech gastronomy.

Thanks to this, Peter was chosen for the second time among the best chefs of this country under the age of 35 in 2017.

"If you want to learn something, you have to go out into the world", and this is not real only in fairytales, that's the way in real life too.

Peter started his career in Austria and and also gained further work experience over several months of internships in Canada, Argentina, Brazil and Indonesia.

On the Prague restaurant scene he was the Head Chef of the Cuban restaurant La Bodeguita del Medio and he also led the Oliva Brewery Restaurant.You could taste his culinary talent also in Perlová Voda and the Forbidden Taste pop-up restaurant concept, where he focused mainly on food design and the latest gastronomic trends. 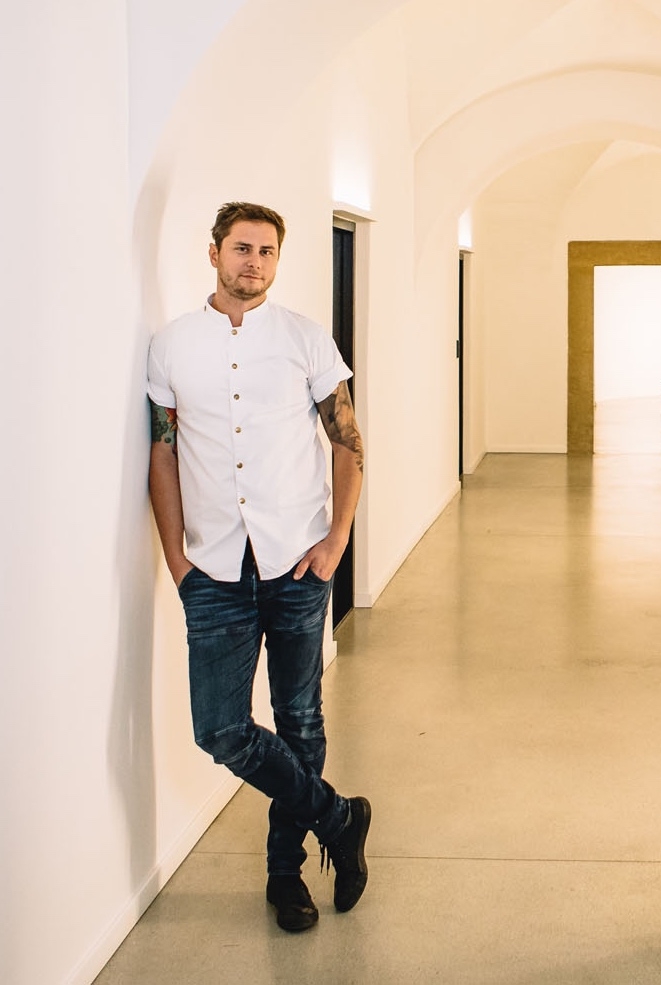 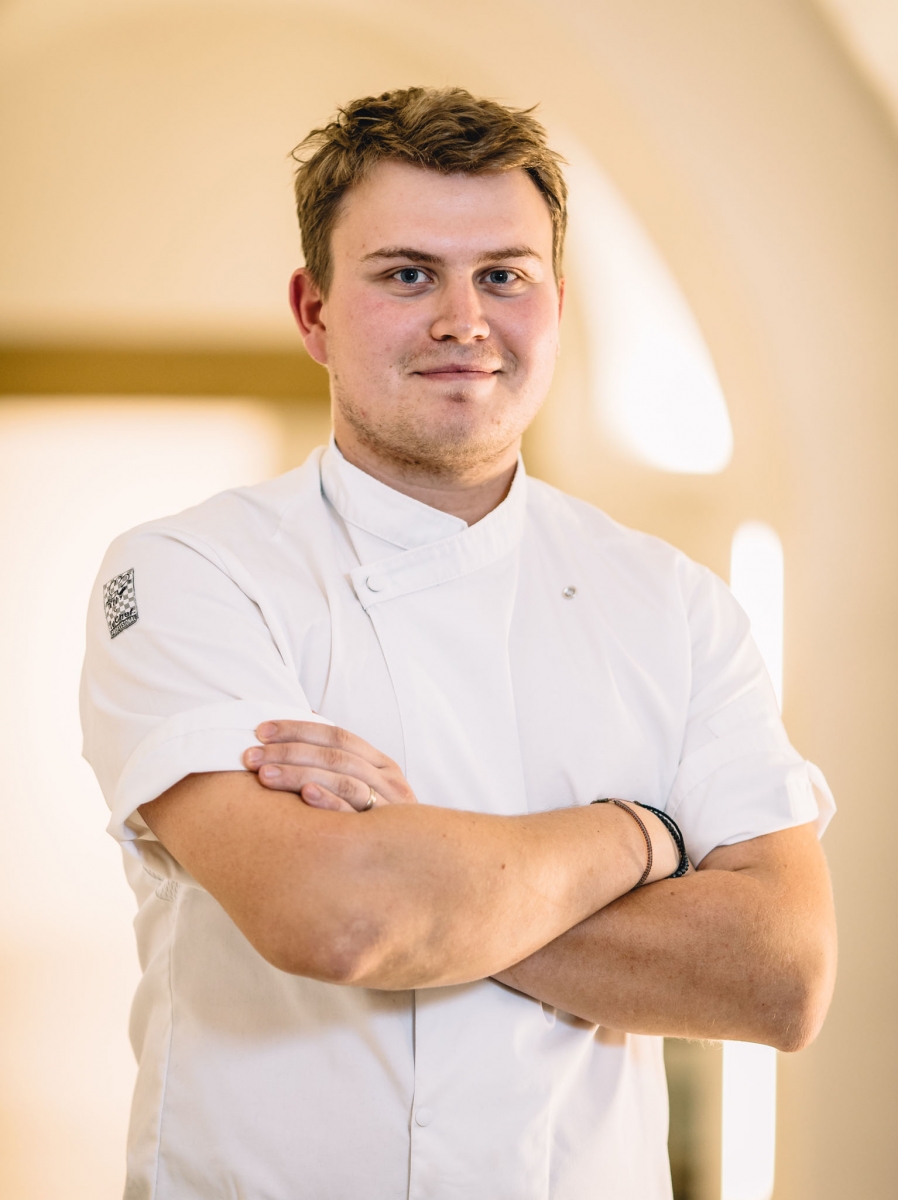 Honza comes from a family that is associated with gastronomy, so his hospitality career came naturally. Although his family was more oriented towards the front of house department, he was fascinated by the kitchen which is more behind the scenes than being in the lime light.

At the age of 19 he was given the opportunity to work in the Austrian Alps, where he gained four years of experience working in hotels. This was followed by an opportunity that you just don't refuse - working in a Michelin restaurant in Germany, where he soaked up much-needed experience which led him to Prague's restaurant V Zátiší and then to the newly opened Eska.

He worked as a sous-chef in Eska for over two years and thanks to that, he was there when Eska won the Bib Gourmand award after one year in operation.

As Honza says himself: "For the first time, I felt like I was cooking something that made sense to me, I fully identified myself with the concept and philosophy of Eska."

And what is his philosophy in the kitchen?

Honza's rule is that less is more. He combines his dishes out of a maximum of four ingredients and strives for a simple and minimalist design. He likes to use Czech ingredients that are easily available to us, for example in the market or from smaller farmers. He is also a big fan of contemporary Scandinavian gastro scene, from which he takes a lot of inspiration, because the diversity of ingredients is very similar to ours. He also takes a lot of inspiration from old classic Czech recipes, which he likes to modernise.

And since we can't wait, we'd like you to slowly start to get to know our Eatery through popup nights like Chef's Table.

This time the boys got inspired by street art, because every year the famous  Streetartfestival takes place in Olomouc, we decided to fuse these two creative scenes.

Boys will be cooking exclusively in front of your eyes and will be happy to have a chat as well. So get them taste buds ready and even few questions?

The number of seats at the table is so far unlimited, so don't hesitate to contact us for reservations.

For reservations please get in touch with our reception or follow our events Chef's Table on our social media.

We will keep informing you about next dates.

We look forward to seeing you there! 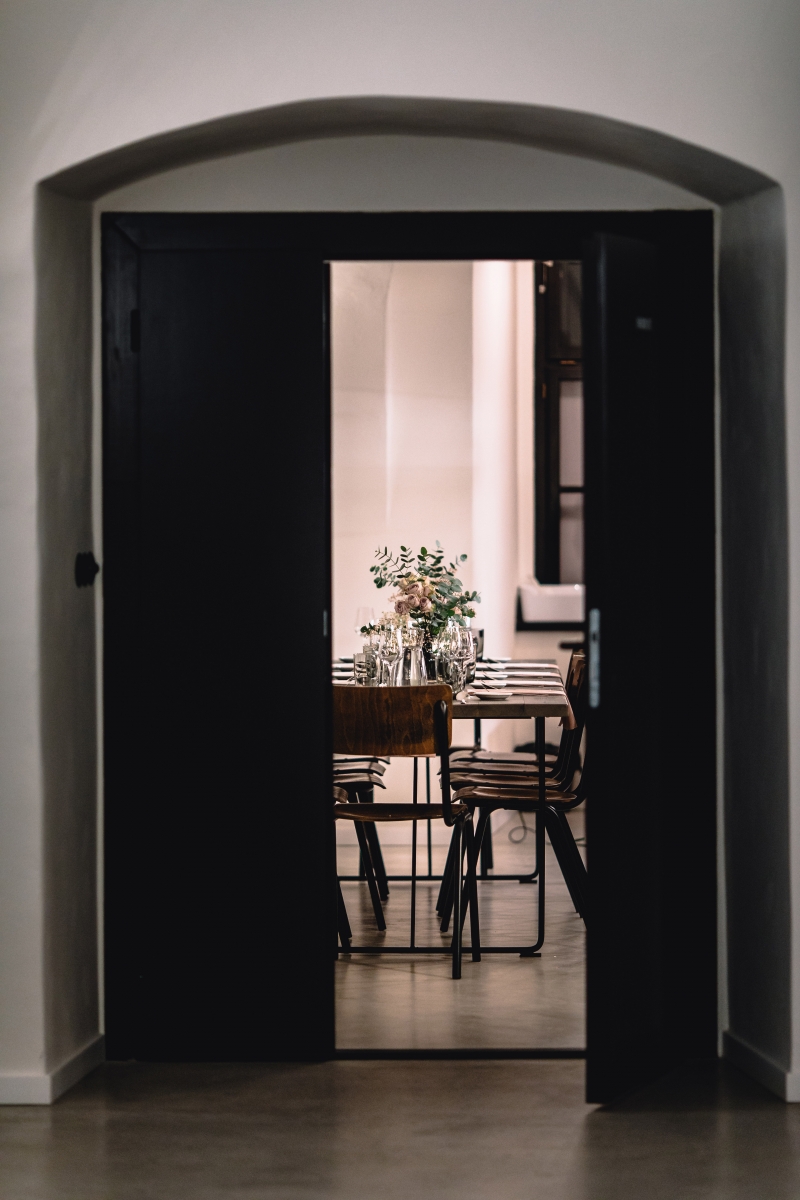 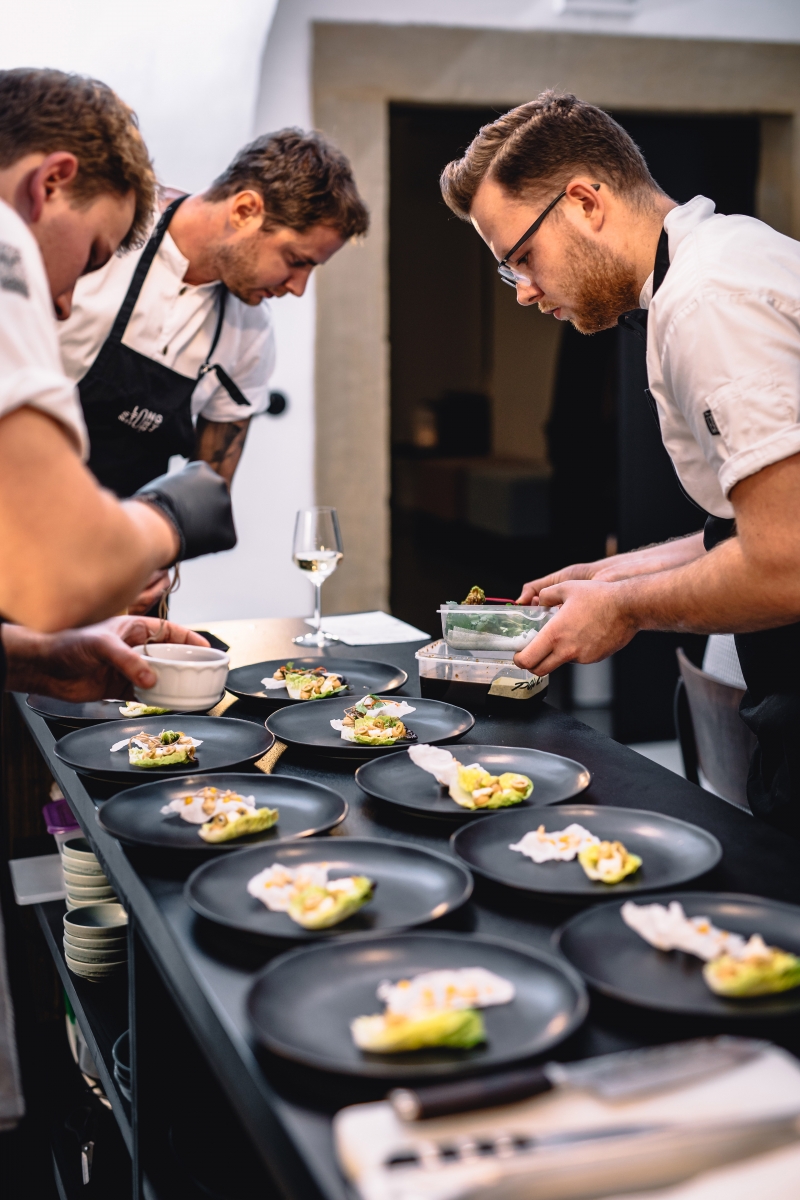 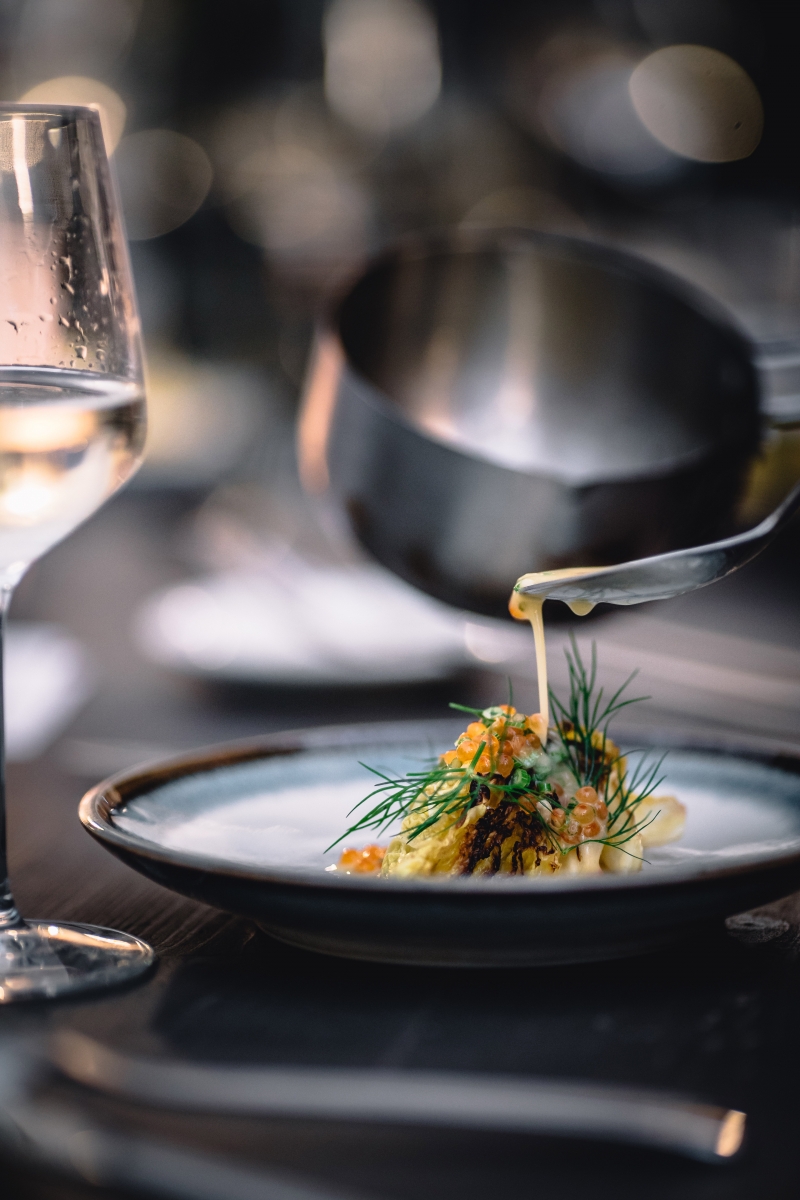 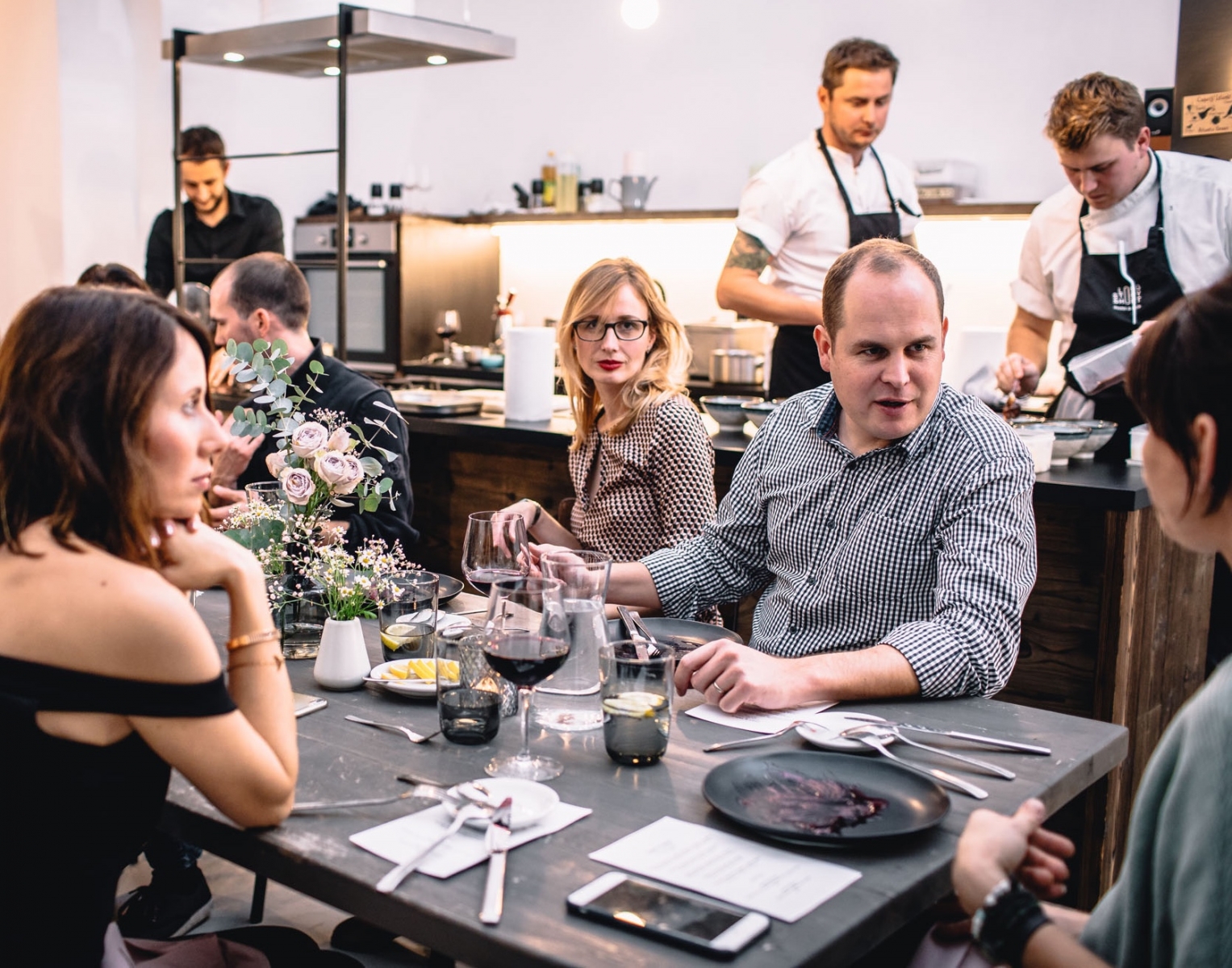